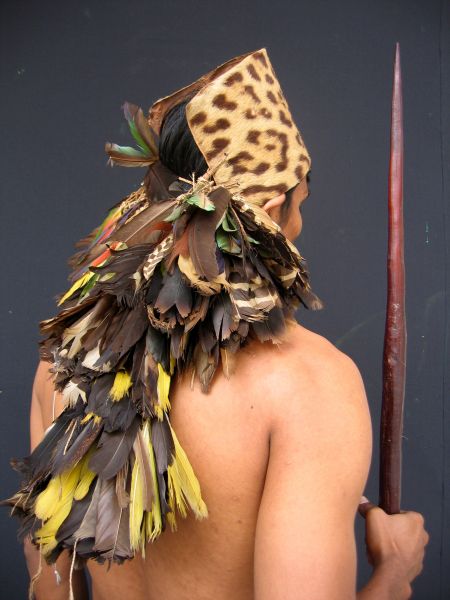 Ayoreo is an indigenous language of the Zamucoan family spoken by about 4,500 people in northern Paraguay and southeastern Bolivia. Although we knew that the name Ayoreo means ‘people’ in their language, the origin of this word was a conundrum.

Indeed, the name Ayoreo only emerged in the 1940s for the first time, while the Ayoreo had been in contact with Western society for centuries, and many different names had referred to them. In the first half of the 18th century, a missionary had carefully described a Zamucoan language very close to Ayoreo, called Zamuco. Surprisingly, in the available documentation on Zamuco, the term for ‘people’ was not Ayoreo. Is it possible that nobody before the 1940s had understood that the Ayoreo were called Ayoreo? And, even so, why had this term for ‘people’ never been documented before?

Although indigenous societies and their traditions are often seen as static and immutable, cultural and linguistic change can be rapid. For this reason, it was hypothesized that the name Ayoreo  ‘people’ had been borrowed recently.
In a paper that has just appeared in Journal de la Societé des Américanistes, Dr. Luca Ciucci reconstructs the history of the name Ayoreo ‘people’ and solves the etymological problem of Ayoreo. Thanks to the analysis of new historical data, he found the first attestations of the name Ayoreo in the close 18th-century language Zamuco, showing that the term was not borrowed.

At the same time, the study confirms that the adoption of the word Ayoreo to refer to an ethnical group is indeed recent and is an indirect consequence of the Chaco War (1932-1935) between Bolivia and Paraguay. In the past, the Ayoreo people were sometimes referred to as Zamuco, from the name of the close Zamuco language, which is extinct.

Still today, Ayoreo is one of the official languages of Bolivia and is referred to as Zamuco in the Bolivian Constitution. This study also analyzes new ethnonyms used in the past for and by Zamucoan peoples. While confirming that Zamuco is a borrowed term, as assumed by previous studies, the “real” name of the Zamuco people in their language emerges for the first time.
The link to the study is here