Reuniting a linguistic family: From the ancient Taino of the Caribbean to the modern Tariana of the Brazilian Amazon in the times of COVID 19 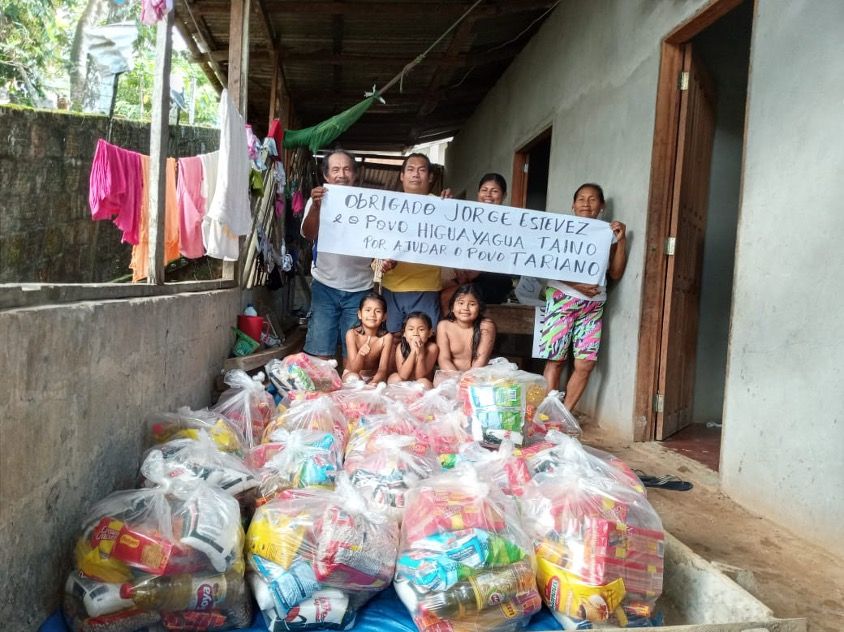 COVID 19 has swept across the world, wreaking havoc and affecting the most vulnerable and unprotected. With a ‘tropical Trump’ for a president and a precarious health care system for those who cannot afford expensive private health, Brazil is one of the top runners for the highest number of COVID19, next to India and the USA. The state of Amazonas — home to about four million people and several hundred indigenous languages — has seen more than 100,000 active cases with at least 4,000 deaths and sadly, the count continues.

There is no doubt that a catastrophic pandemic is having destructive effect, however there is a contrasting trend — it has brought people together in an effort to counteract the damage; transcending linguistic and geographic boundaries. This is a story of how speakers of distantly related languages have been brought together — giving an intimate flavour to the concept of language family.

More than three thousand ethnic Tariana live on the margins of the Vaupés River, a major tributary of the majestic Rio Negro, which flows off the mighty River Amazon. Only about seventy of them speak their ancestral Tariana language, valued as a mark of identity and belonging. The Tariana say: 'those who speak the same language as me are my siblings'. Professor Aikhenvald explained "My connection with the Tariana people and their language goes back a long way. Since 1991, I have been working with the remaining speakers on documenting their language, putting together a grammar, a dictionary and teaching materials, and helping organize a teaching programme — now successfully operating in Iauaretê, a mission centre with a majority Tariana population. I have been adopted into the Tariana community — and given a name, Kumatharo (literally, duck)". 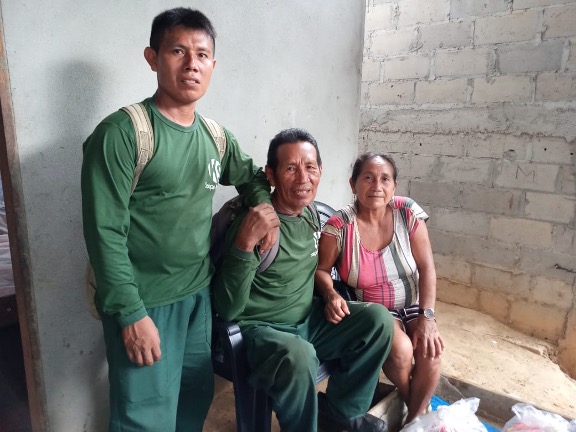 The Tariana in the Amazonian north-west, stretching towards the border with Colombia. The capital, São Gabriel da Cachoeira (formerly known as São José do Rio Negro and then as Uaupes) dates back to 1759, and counts about 23,000 inhabitants. It is known as the most indigenous town in the whole country (with nine out of ten people being indigenous). More than 6000 cases of COVID 19 and 50 deaths have been recorded so far. Most Tariana — independently of age and gender — have survived the onslaught of COVID 19. Many have been left weak and destitute, unable to work to sustain their families. Now that travel outside Australia is next to impossible, Professor Aikhenvald receives news from the Tariana on a day-to-day basis via WhatsApp and Facebook. The Tariana language has become the third most-used one in her household — after English and Portuguese. She questions how best to help the whole community to continue their existence.

The Tariana language belongs to the Arawak language family, the largest one in South America, spilling over into the Caribbean. About 40 languages, Tariana among them, are still spoken. Several hundred have fallen into oblivion, thanks to the impact of the European invasion. As a linguist, one of Professor Aikhenvald's focus is to work on the Arawak family, recovering the patterns and the forms shared by the many languages, living and dead, from Puerto Rico and Guyana to Brazil, Colombia, Peru, Bolivia, and formerly Argentina.

Arawak languages played a special role in the conquest of South America. As Christopher Columbus reached the island of Hispaniola, in the Caribbean archipelago known as Greater Antilles in 1492, thinking it was the East Indies, the first indigenous group he ran across were the Taino. They spoke a language from the same family as the Tariana — the Arawak family. Within the next two centuries, the language of the Taino ceased to be actively spoken. Its legacy survives in a fair number of words which Spaniards purloined, to refer to new objects, foodstuffs, and natural phenomena. Quite a few of them are part of our linguistic repertoire — every speaker of English will know hammock, barbecue, guava, tobacco, and hurricane. The descendants of the ancient Taino are keeping their heritage alive, trying to resurrect the language and the tradition. 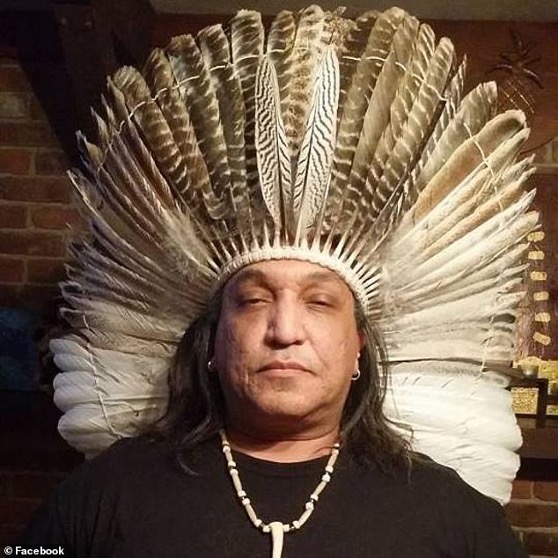 Jorge Baracutei Estevez — a former boxer now working as a curator in the Smithsonian Institute in Washington — is a major proponent of the Taino revival, and creator and resurrector of the ancient tongue. Jorge hails from Kiskeya (the original name of the island of Hispaniola) in the Dominican Republic — the hotbed of the Taino revival. Over the years, there has been much interaction; discussions on the grammar, the words of Arawak languages which survive in the existing Taino word lists and for those to be made available for people to start using the language again.

For Jorge, just like for the Tariana, language is the badge of identity. Those who speak a related language are brothers and sisters. To help his Tariana relatives, Jorge organized a Gofundme page thorough the Taino organization Higuayagua in June 2020. This has yielded donations of money, clothing and shoes — all gratefully received by the Tariana of north-west Amazonia and distributed across the community of speakers through Rafael da Silva Brito, the youngest speaker of Tariana and a member of the local council. 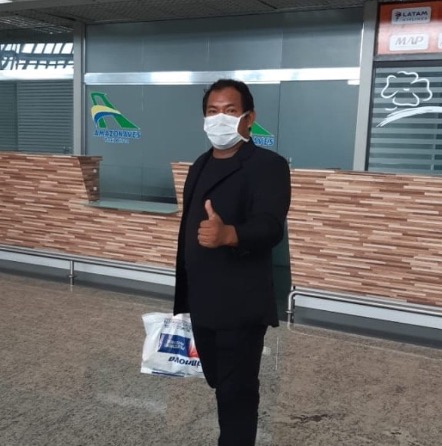 The newly established Tariana-Taino connection has done more than feed a few people. The Tariana language is as close to Taino as English is to Welsh. A few shared forms easy to recognise include kamu for sun and heat, kabu for hand, and mahite 'toothless'. The Tariana speakers are now learning more and more about their language and its history, and have recognised the Taino as their linguistic siblings. The existence of a linguistic family — the Arawak family — has become a reality for the descendants of the Taino and the Tariana. Two peoples, long disconnected, have been brought together by common care and defense against a common disaster. Reconstructing what the proto-Arawak language was like is not solely a task for academic linguists — its recognition and importance has become a key point for community engagement, and survival, across the Americas. 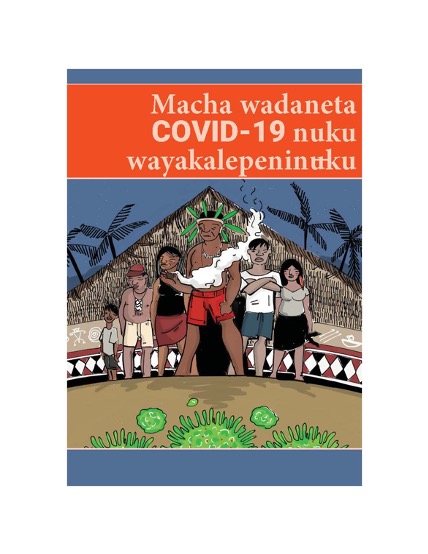 The advent of COVID 19 has affected the ways in which the Tariana speak about diseases. Traditionally, a disease would be inflicted by a powerful shaman. It 'grabs' a person and may spread — unless another powerful sorcerer makes it diminish and finally disperse. The way of talking about COVID 19 is different — it 'appears' as if coming out of nowhere, and then goes away by itself. It has agency of its own, like a powerful wind and unlike any other known disease. The next task is to translate a COVID-19 information brochure into Tariana and other languages of the family, exploring the ways in which new phenomena is conceptualised and discussed.

Header image of Leonardo Brito (the oldest speaker of Tariana), Rafael Brito, and their family, displaying a poster in Portuguese, saying 'thank you, Jorge Estevez and the Higuayagua Taino people for their help to the Tariana people'.

Reuniting a linguistic family: From the ancient Taino of the Caribbean to the modern Tariana of the Brazilian Amazon in the times of COVID 19