The Future of Agricultural Technologies 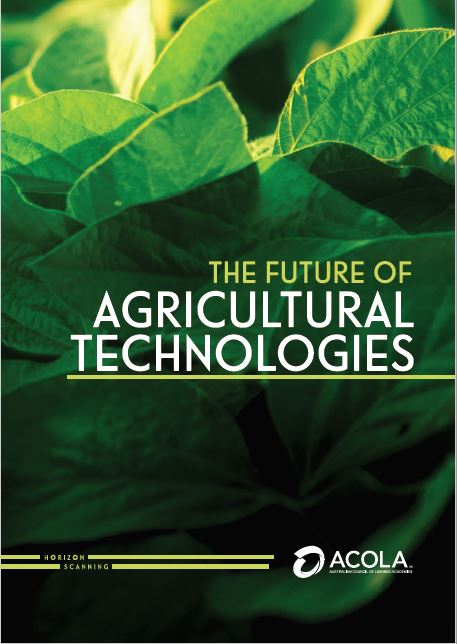 The Future of Agricultural Technologies

Drought, climate variability, biosecurity, global competition and consumer preferences are some of the greatest challenges facing Australian farmers, their impacts threatening our position among the most efficient primary producers in the world. However, Australia’s primary producers have a long history of embracing innovation and adopting technology to improve productivity and adapt to harsh conditions.

The Future of Agricultural Technologies report released in September by identifies and discusses the technologies that could address these challenges and bring about both incremental and transformational changes to increase the profitability, sustainability and productivity of our agriculture industry.

The report was commissioned by Australia’s Chief Scientist Dr Alan Finkel AO on behalf of the National Science and Technology Council, with support from the Department of Agriculture, Water and the Environment. It is the fifth report in ACOLA’s Horizon Scanning series, which draws on the expertise of Australia’s Learned Academies and the Royal Society of Te Apārangi