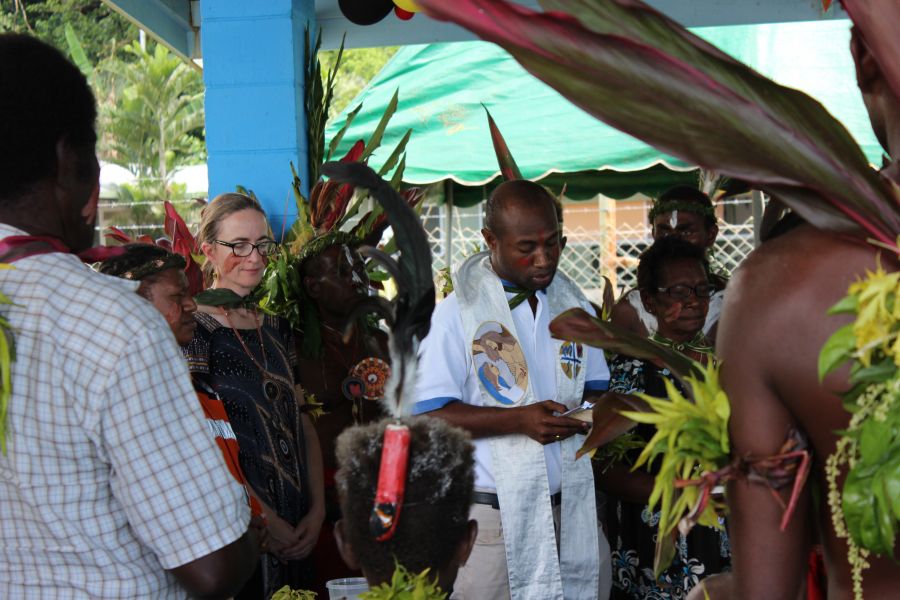 A new book by TCI Research Fellow, Dr Kirsty Gillespie has recently been launched in Papua New Guinea. Pil: Ancestral Stories of the Lihir Islands is a collection of seven pil stories in Lihir and English, with an introductory essay on the genre (a form of spoken narrative that includes songs). The stories were collected between 2008 and 2010 and were recorded, transcribed, and translated in collaboration with the Lihir Cultural Heritage Association. The book was published by the Institute of Papua New Guinea Studies in 2018 and is the 12th volume in the series Apwitihire: Studies in Papua New Guinea Musics. The recording of the stories was funded by the Firebird Foundation for Anthropological Research and Lihir Gold Ltd; funding for the printing of the book and for the launch was received from Newcrest Mining Ltd.

The launch was held in the Lihir Islands on Wednesday 18 September 2019. Kirsty travelled with her young family for the event. The whole morning was dedicated to the launch, with several performances by the local Jomokel Cultural Group, a blessing of the book by St. Ambrose Parish Priest, Father Peter Turukai MSC, and speeches by Kirsty, by the editor Don Niles, and by Newcrest Mining Ltd Lihir General Manager Mr Chris Jordaan. Joseph Pilai Ambo, one of the storytellers published in the book, told two short pil stories. A highlight was a drama performance of a pil story by the Jomokel Cultural Group. The launch closed with a lunch shared by all present.

The book and audio of the stories can be downloaded for free at the following website: http://www.lihir.info/kastom/pil

Printed copies can be ordered from ipngs.office@gmail.com

Image: The book is blessed by Father Peter Turukai. Photo by Artem Golev.