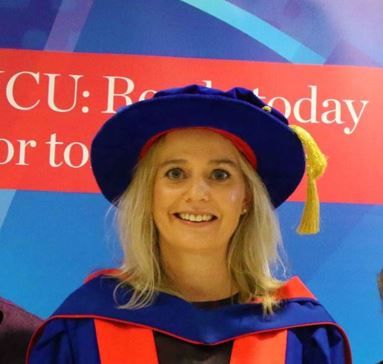 Adjunct Research Fellow with the Cairns Institute, Kristine Van Dinther, was happy to be invited by HAU: The Journal of Ethnographic Theory last year to share in the debate regarding the anthropology of morality. Kristine’s research, completed in 2018, showed how moral reasoning is shaped by emotions and temporalities in distinctive ways for people who care for family members with terminal cancer.

The debate regarding morals within the discipline centres on whether or not anthropologists should have ethical agendas, whether it is possible to remain neutral in the study of morals and indeed, whether or not it is useful as an object of enquiry. This has been a hotly debated topic for several decades, but due to its multi-layered complexity, there are never simply two camps, for or opposed, neatly divided.

After her article was accepted, Moral anthropology: A critique of criticism, she was joined by other notable scholars including Professor Fiona Ross, Professor John Borneman and Associate Professor, Nicholas Langlitz.

For those interested in the topic, the debate can be found in the December 2020 issue of HAU: Journal of Ethnographic Theory, 10 (3). The many views and arguments shared in this debate provide comprehensive insight into some of the key debates, and perhaps can help those interested make up their mind where morals fit in our study of the human subject. As with all debates, Kristine had a right of reply to those responding to her work. This was entitled “The devil’s in the detail: Consequences, intent and moral futures in anthropology” which can also be found within the same issue.

Kristine begins work with a global company in July on a freelance basis to peer review and edit articles for scholars hoping to present their research in the appropriate manner for publication.