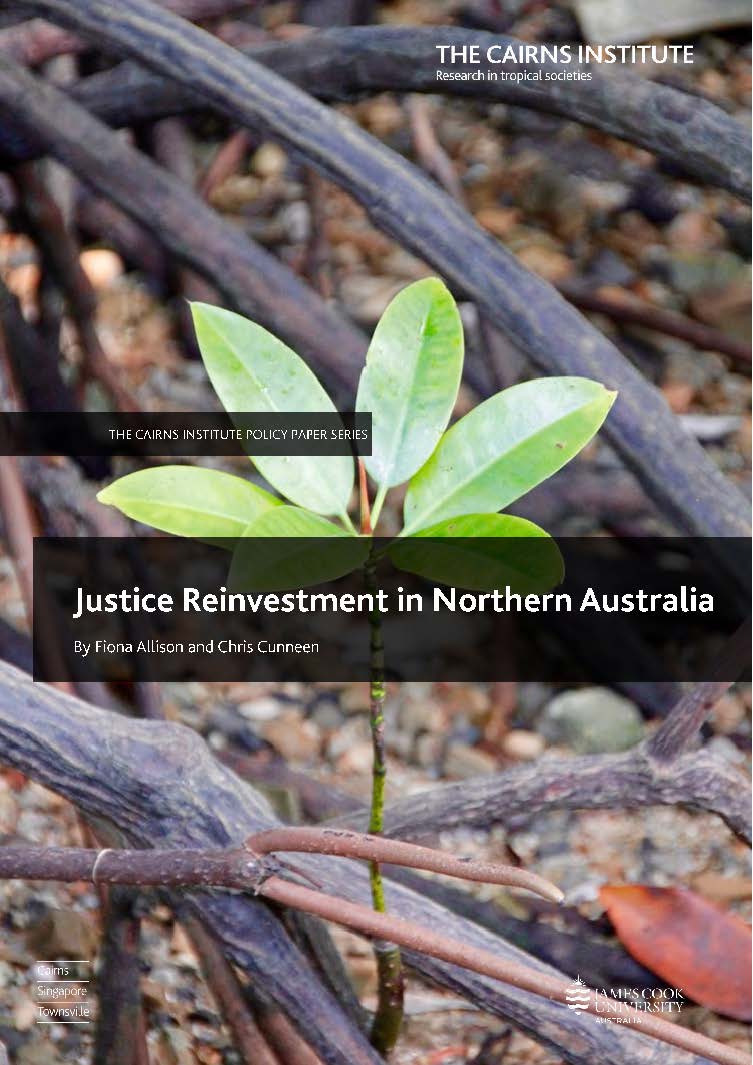 By Fiona Allison and Chris Cunneen

This paper looks at justice issues, and in particular, the potential implementation of Justice Reinvestment (or ‘JR’) in Northern Australia. To date, crime and criminal justice have been absent from discussions on developing Northern Australia, despite the fact that the Northern Territory (NT) has the highest imprisonment rate in Australia, followed by Western Australia (WA) (Australian Bureau of Statistics [ABS], 2017) and that building and operating prisons constitute significant infrastructure and recurrent costs. The paper begins with a description of JR, which has emerged as a major policy alternative to the current emphasis on the increasing use of imprisonment. It discusses the origins of JR in the USA and the growing interest in recent years in its introduction in Australia. Key elements of JR are explained, as well as its particular importance for Indigenous people. We discuss various projects already implementing JR or exploring the potential to do so, including in Northern Australia. The paper concludes with analysis of challenges to progressing JR, with some focus on Northern Australia.