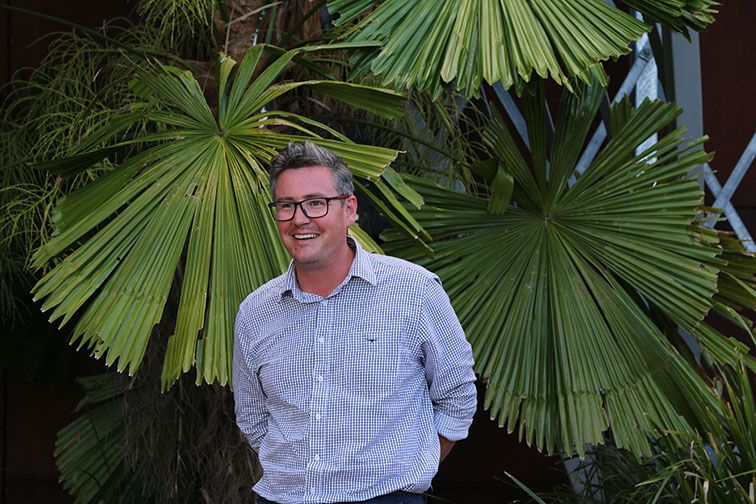 Ed Johnson visited The Cairns Institute in February to explore research opportunities after recently completing his PhD at the University of Sydney. The collaborative and meaningful nature of the work done at the Cairns Institute is something which appealed to his desire to learn about and contribute to the lives of people living in rural and remote communities.
His thesis focused on humanistic approaches to supporting rural and remote families in the context of the National Disability Insurance Scheme (NDIS). Julia Gillard called the NDIS is “the greatest change to Australian social policy in a generation” and says it is pretty difficult to disagree with that, but the reality of the rollout has meant that many rural and remote communities are being left behind again.
Ed conducted a qualitative study of rural and remote family experiences of access to disability supports, and the general consensus was that there is a lack of timely and high-quality clinical supports for people with disabilities in the bush, and that many families do not expect that a metro-centric NDIS will change this. Taking on board the experiences of these families, he undertook a series of in-depth case studies examining the phenomenologies of families and their kids with intellectual disabilities accessing digital speech pathology supports (telehealth) across a period of 18 months.

He coached co-workers (in his case, school teachers and an early childhood intervention support worker) embedded in community to support the families to achieve their goals. Together they developed an effective model of support which proved that families and communities could be supported to upskill and achieve their goals in a complex clinical context which was previously thought to be ineffective by many clinicians and families. Co-workers developed skills which they began to use with multiple families across their communities, decreasing the reliance on outsider assistance.
Ed is very interested in applying this coaching and communitycapacity-building model in other areas, as well as more broadly exploring the phenomenologies and ethnographies of people in rural and remote Australia through a humanistic lens. He believes this work may have implications for understanding how people define “health”, “disability”, and “health services” in their communities, and could contribute to decolonising health and social services by creating more person-centered and community-oriented support options.
He is interested in talking with like-minded community members and researchers across health, anthropology, and sociology in pursuing these next stages of my research.