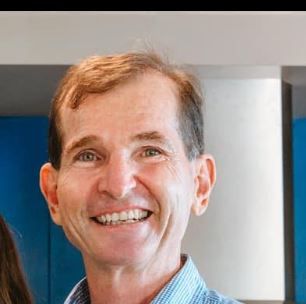 The Cairns Institute Research Fellow Dr Jim Turnour is celebrating after receiving his PhD investigating government policy and Indigenous economic development and sustainable livelihoods in northern Australia. Drawing on case study research in the wet tropics of north Queensland with the Eastern Kuku Yalanji First Nation his research problematised current government policy and its failure to close the gap in Indigenous disadvantage. The research demonstrates how a place based First Nation approach centred around sustainable livelihoods could improve northern development outcomes.

Dr Turnour the former Member for Leichhardt in the Rudd and Gillard Governments said that the PhD really changed his understanding of Indigenous and northern Australia government policy and why it continues to fail to achieve its stated objectives. He could not thank enough the Eastern Kuku Yalanji people he worked with and his two supervisors Professor Hurriyet Babacan and Associate Professor Riccardo Welters for their support throughout the research.

“Through the research I came to understand that despite the rhetoric there has been to date a largely bipartisan Labor and Coalition government approach to Indigenous policy and the development of northern Australia,” Dr Turnour said. “Driven by colonial myths about frontier development and some Indigenous leaders it has sort to mainstream and normalise Indigenous people and communities through neoliberal public management policies.”

The Uluru Statement from the Heart points to the structural nature of Indigenous disadvantage highlighting this as a ‘torment of Indigenous powerlessness’. First Nations and their laws and customs are important structures within Indigenous societies that have not been recognised and respected under Australian, State and Territory law. An Albanese Government Uluru Statement from the Heart policy framework that empowers these First Nation structures to support Indigenous self-determination is an opportunity for an innovative approach to Indigenous and northern Australia development policy.

The research found that the sustainable livelihoods approach concepts and framework is a useful tool that policy makers could utilise to better understand Indigenous development. Management for public value that could account for intangible public benefits such as Indigenous knowledge were also identified as more appropriate approaches to First Nations policies than current neoliberal public management approaches.